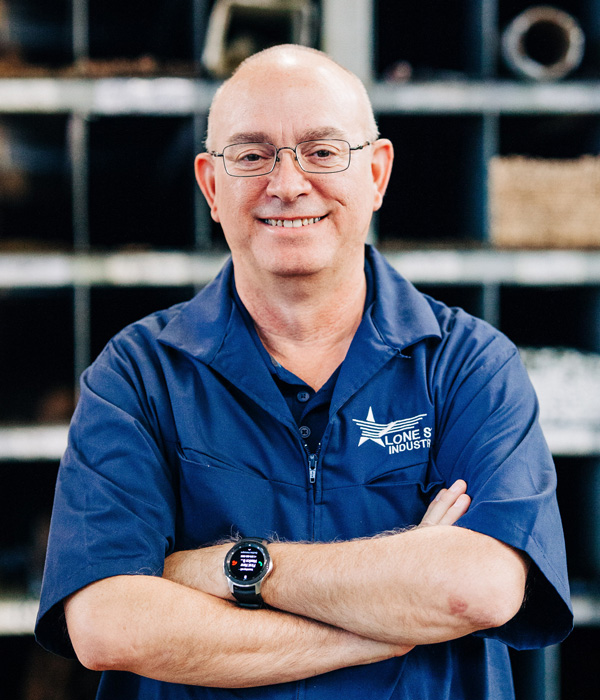 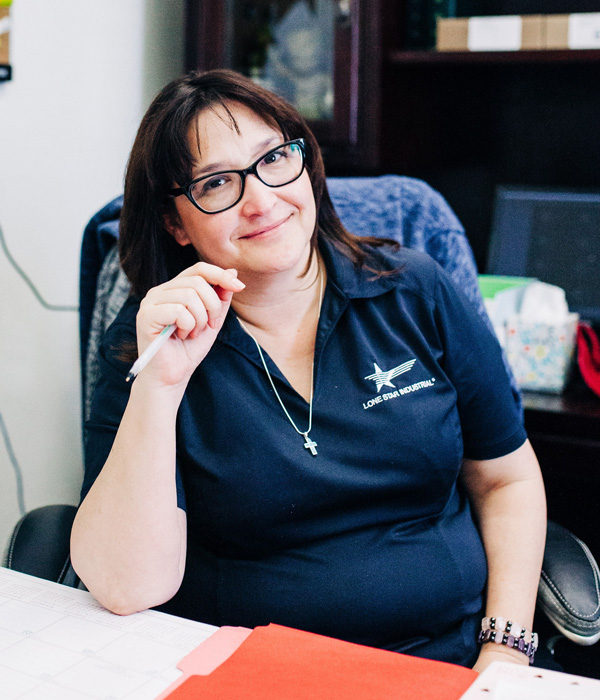 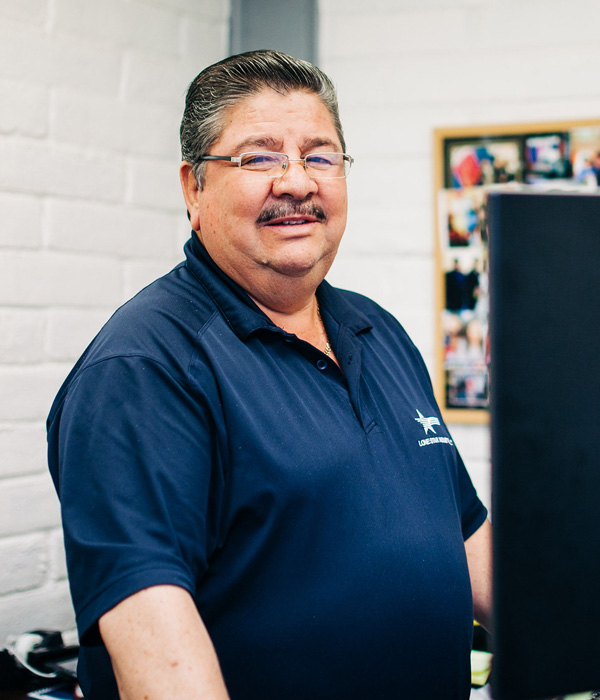 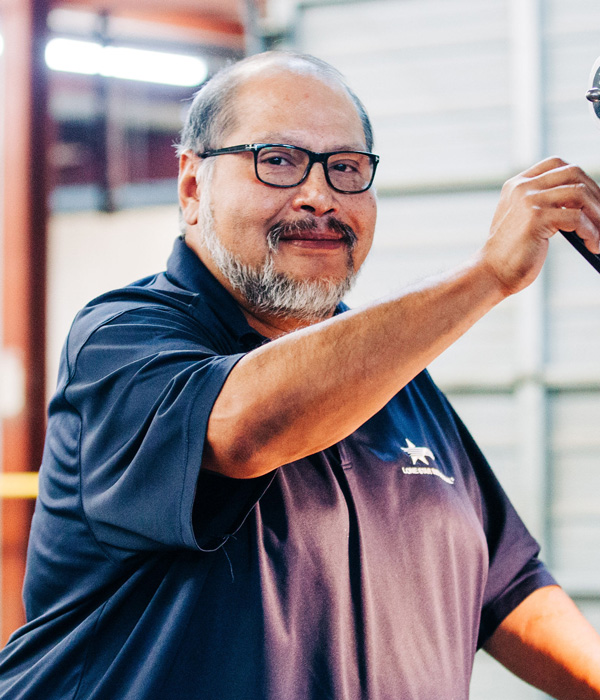 Mark L. Atchley served in military service for a total of 26 years. He began his military career in 1981 after graduating from high school in Alabama. Originally signing up for the Marines, he completed four years before moving to the Army in 1986. He married Joann Navar, Ralph and Bob Navar’s niece, in 2003 while attending the Sergeant Major’s Academy. He retired as the Command Sergeant Major of the 506th Regimental Combat Team in the 101st Airborne Division after completing various tours of combat including Kosovo, Somalia, and Iraq.

He began working at Lone Star Industrial as the CFO in 2007 while learning about the process of making and selling Spring Test Probes.

Upon the retirement of Ralph Navar, Jr. he became a co-owner, along with his wife, Joann Navar.  He is the current President of Lone Star Industrial.

Joann Navar has been around Lone Star Industrial since its inception.

In 2014, when her uncle, Ralph Navar retired, she took over the business with her husband, Mark Atchley.

After leaving the teaching profession after 20 years, she began working at LSI.

One of her favorite tasks as owner is traveling to visit customers.

Benjamin has been with LSI for approximately 20 years. He came to LSI after working as an engineer in several wiring harness plants in Mexico. Due to his experience, he has been able to assist many of his customers with their needs.  Being fluent in Spanish, Benjamin has gone to Mexico, Central, and South America in order to ensure customer satisfaction.

With over 25 years of experience at LSI, Alex ensures quality control. With an eye for detail and a background in electronics, Alex strives for the best possible product for each customer’s need.  Every batch of pins is tested to ensure they will meet the customer’s specifications and Alex’s approval. The production line, under the guidance of Alex, is a great source of pride at LSI. 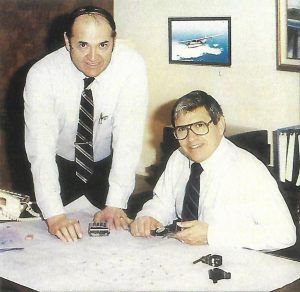 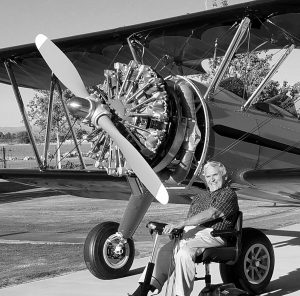 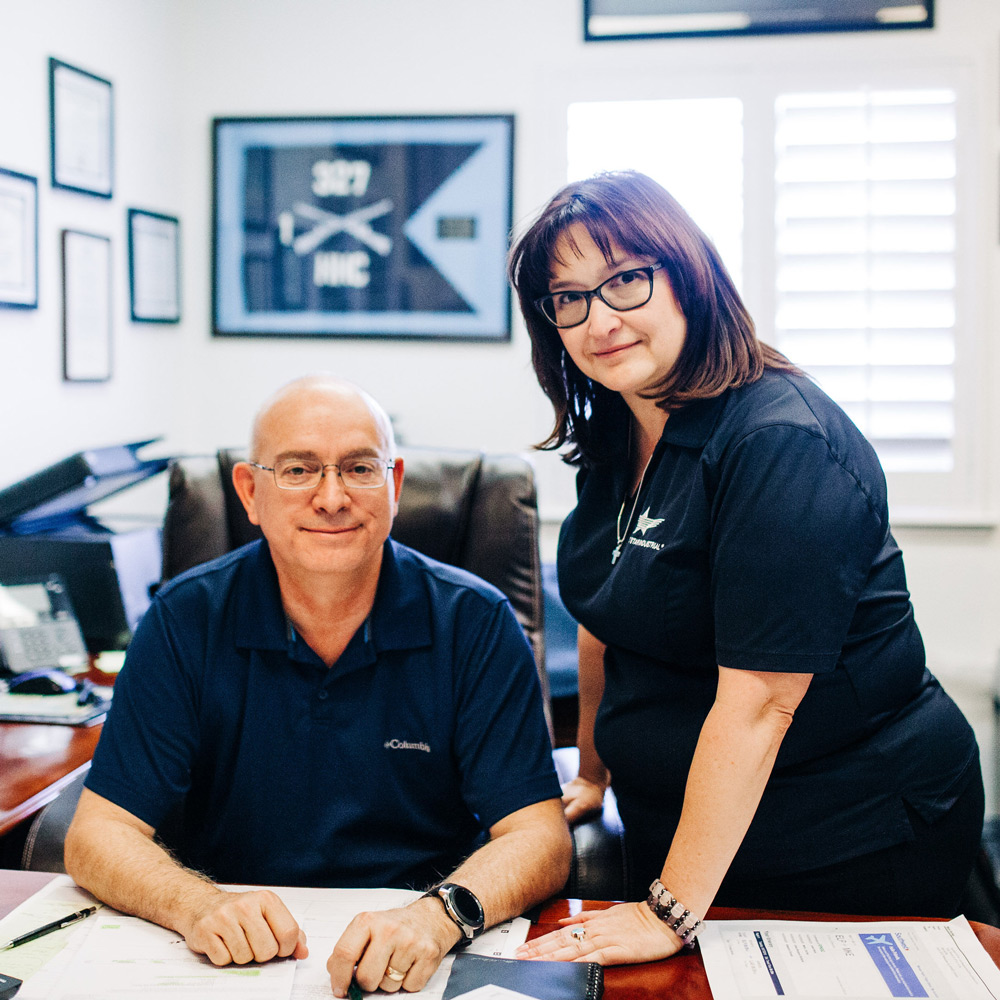